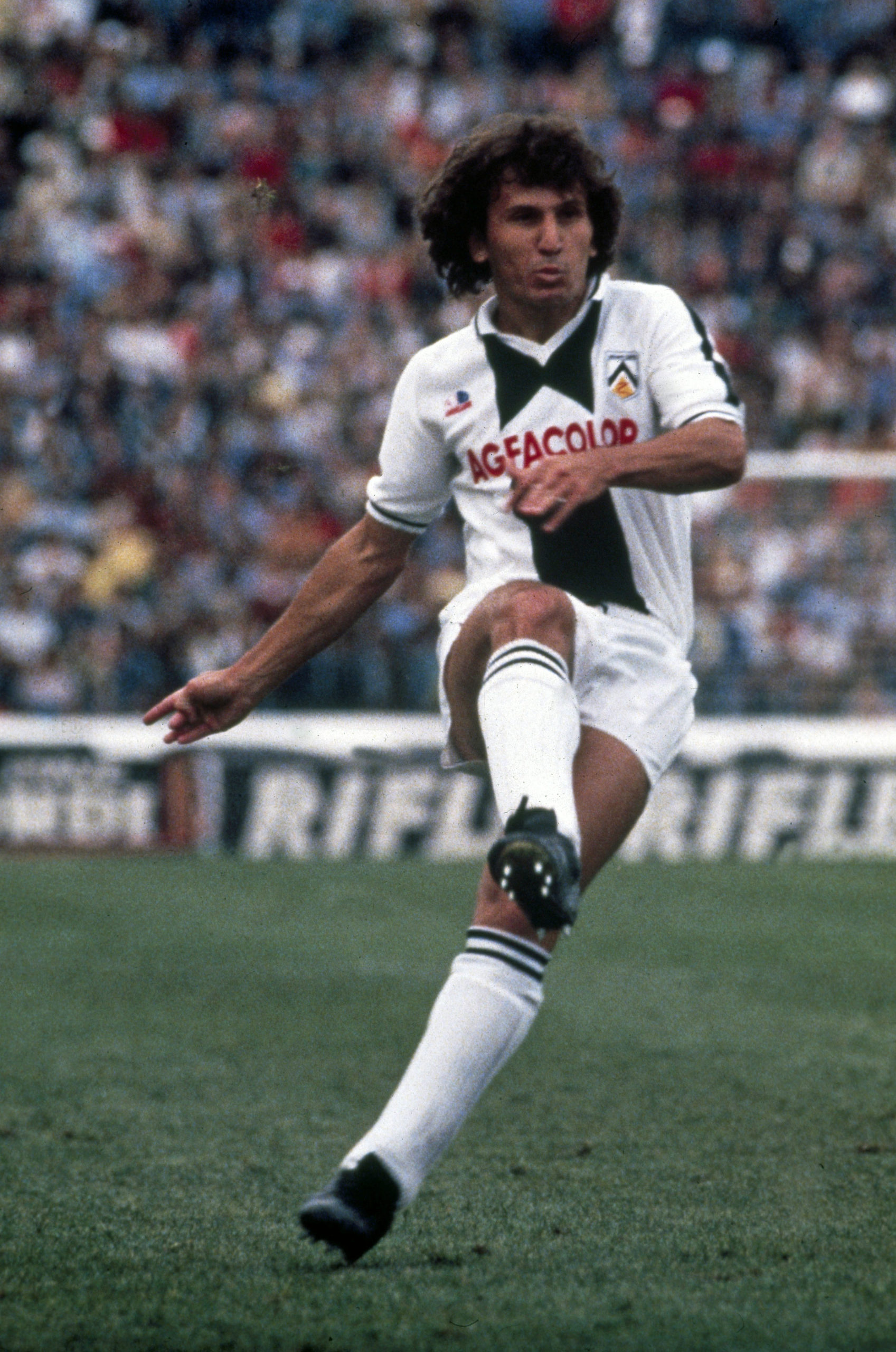 Arthur Antunes Coimbra, better known as Zico, is a Brazilian football coach and former player who played as an attacking midfielder. Often called the “White Pelé”, he was a creative playmaker, with excellent technical skills, vision and an eye for goal, who is considered one of the most clinical finishers and best passers ever, as well as one of the greatest players of all time. One of the world’s best players of the late 1970s and early 1980s, he is regarded as one of the best playmakers and free kick specialists in history, able to bend the ball in all directions. As stated on goal.com, Zico is the player that scored the most goals from direct free kicks, with 101 goals. In 1999, Zico came eighth in the FIFA Player of the Century grand jury vote, and in 2004 was named in the FIFA 100 list of the world’s greatest living players. As stated by Pelé himself, considered one of the greatest players of all time, “throughout the years, the one player that came closest to me was Zico”. With 48 goals in 71 official appearances for Brazil, Zico is the fifth highest goalscorer for his national team. He represented Brazil in the 1978, 1982 and 1986 World Cups. They did not win any of those tournaments, even though the 1982 squad is considered one of the greatest Brazilian national squads ever. Zico is often considered one of the best players in football history not to have been on a World Cup winning squad. He was chosen as the 1981 and 1983 Player of the Year. Born in 1953, Zico came from a lower-middle-class family of Portuguese origin, in the neighbourhood of Quintino Bocaiúva, Rio de Janeiro. In common with many young Brazilians, he spent much of his youth dreaming of being a professional footballer and skipped school to play football on the streets. His passion for the sport made him famous in the neighbourhood, where people would gather to see the boy’s brilliant performances against older children and teenagers. At that time he was playing for Juventude, a local futsal street team run by his older brothers and friends, and had also begun to play for futsal club River Futebol Clube on Sundays.His nickname originated in Zico’s own family, after increasingly shorter versions of Arthurzinho, which means “Little Arthur”. Arthurzinho then became Arthurzico, then Tuzico and, finally, Zico, a version created by his cousin Ermelinda “Linda” Rolim. 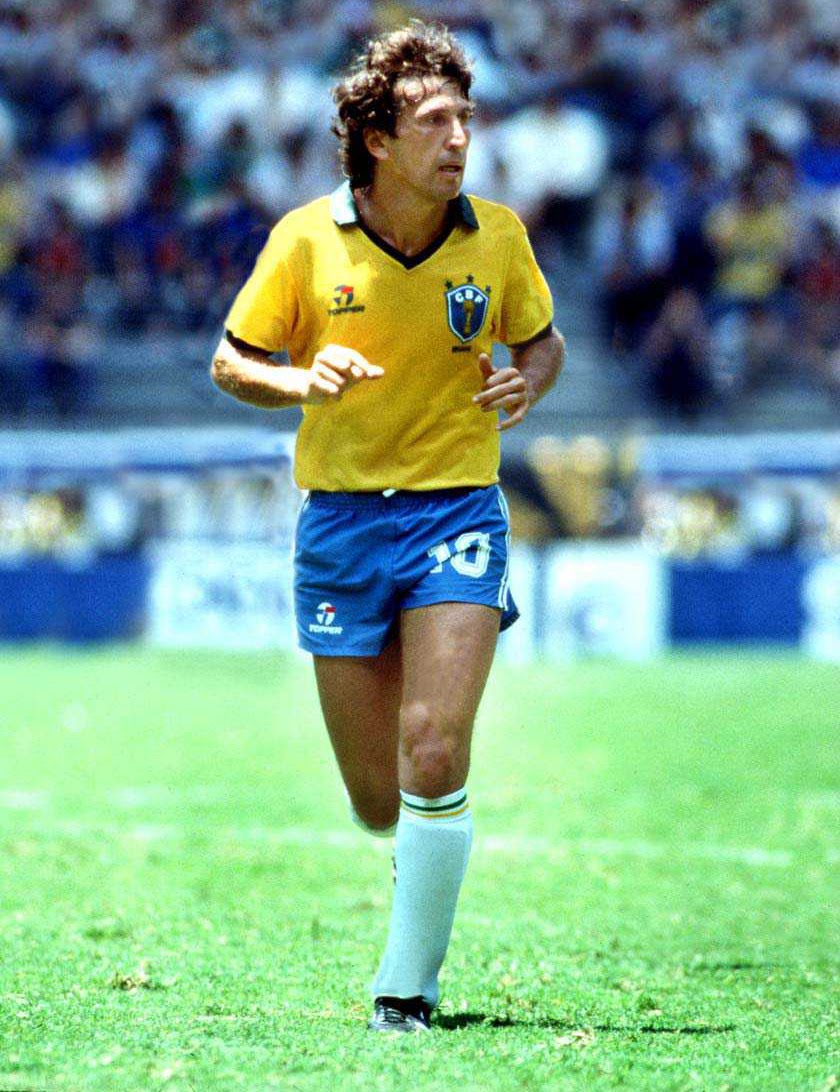 An episode related to Brazil national football team almost made Zico give up on his career. He made his international debut in the South American Qualifier to the 1972 Summer Olympics playing 5 matches and scoring the qualifying goal against Argentina. Despite this fact, he wasn’t called up to the Munich games. He felt extremely frustrated and told his father in dismay he wanted to stop playing football. He was even absent from training at Flamengo for 10 days, being later convinced otherwise by his brothers. In the opening group match of the 1978 World Cup against Sweden, Zico headed a corner kick into the goal in the final minute of the match, apparently breaking a 1–1 tie. However, in a call that became infamous, the Welsh referee Clive Thomas disallowed the goal, saying that he had blown the whistle to end the match while the ball was still in the air from a corner. In the second round, he scored from a penalty in a 3–0 win over Peru. Zico eventually won a bronze medal with Brazil at the tournament, defeating Italy in the 3rd place final. Zico also won another bronze medal with Brazil in the 1979 Copa América. The 1982 World Cup would see Zico as part of a fantastic squad, side by side with Falcão, Sócrates, Éder, Cerezo and Júnior. In spite of his 4 goals and the great amount of skill in that squad (Zico was involved in eight consecutive goals scored by Brazil), the team was defeated 3–2 by Paolo Rossi and Italy in the final match of the second round group stage. He played in the 1986 FIFA World Cup while still injured and only appeared as a second-half substitute throughout the tournament; in the quarter-final match against France during regulation time, he helped Brazil win a penalty, but then missed his kick.[35] The match ended in a tie which led to a shootout. Zico then scored his goal, but penalties missed by Sócrates and Júlio César saw Brazil knocked out of the tournament. Having been cleared of all the tax evasion charges by Italian officials in 1988, Zico decided to pay a tribute to Udine, the city that had madly welcomed him six years before, and played his farewell match for the Seleção in March 1989 losing 1–2 to a World All-Stars team at Stadio Friuli. 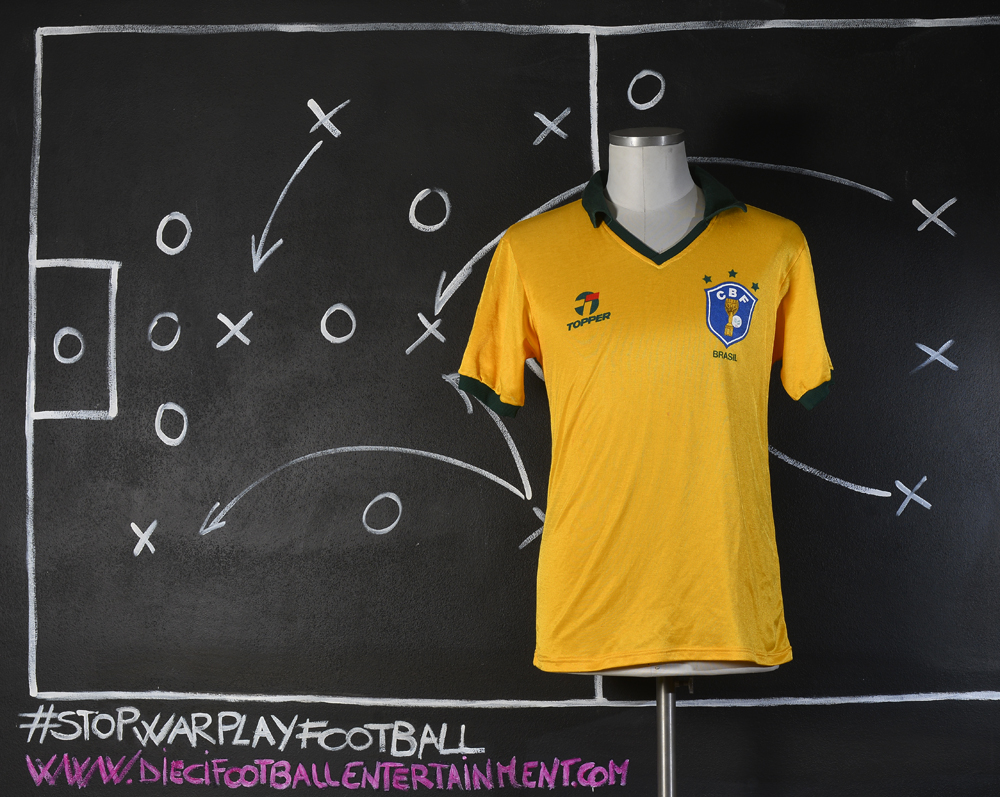 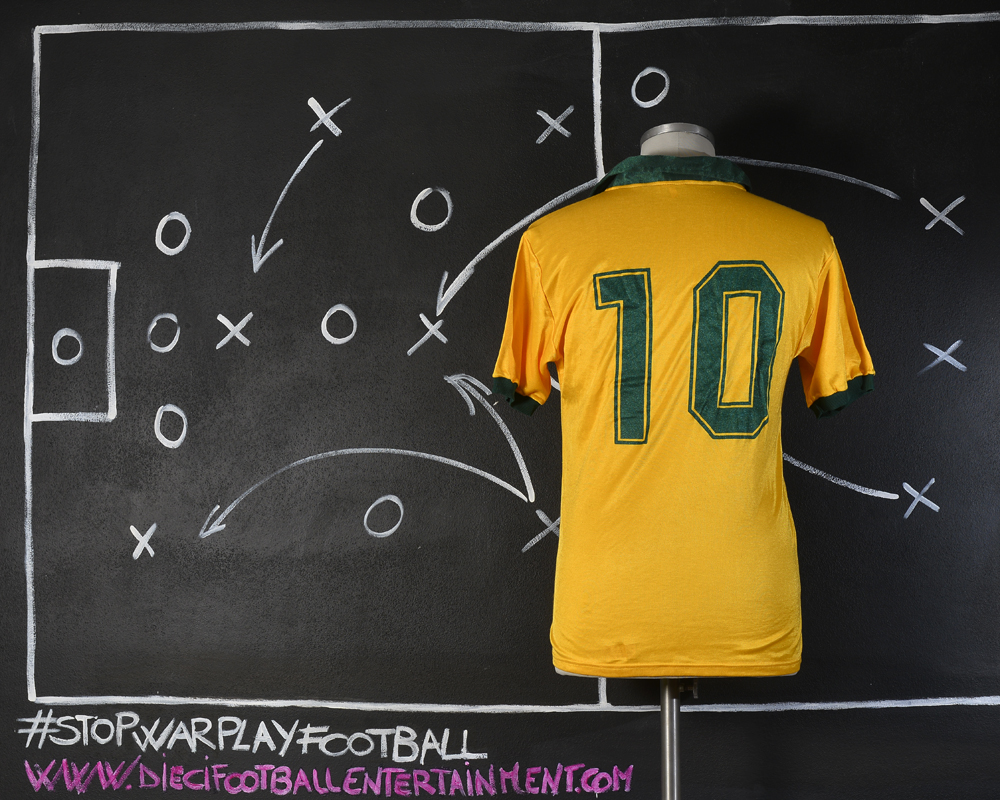 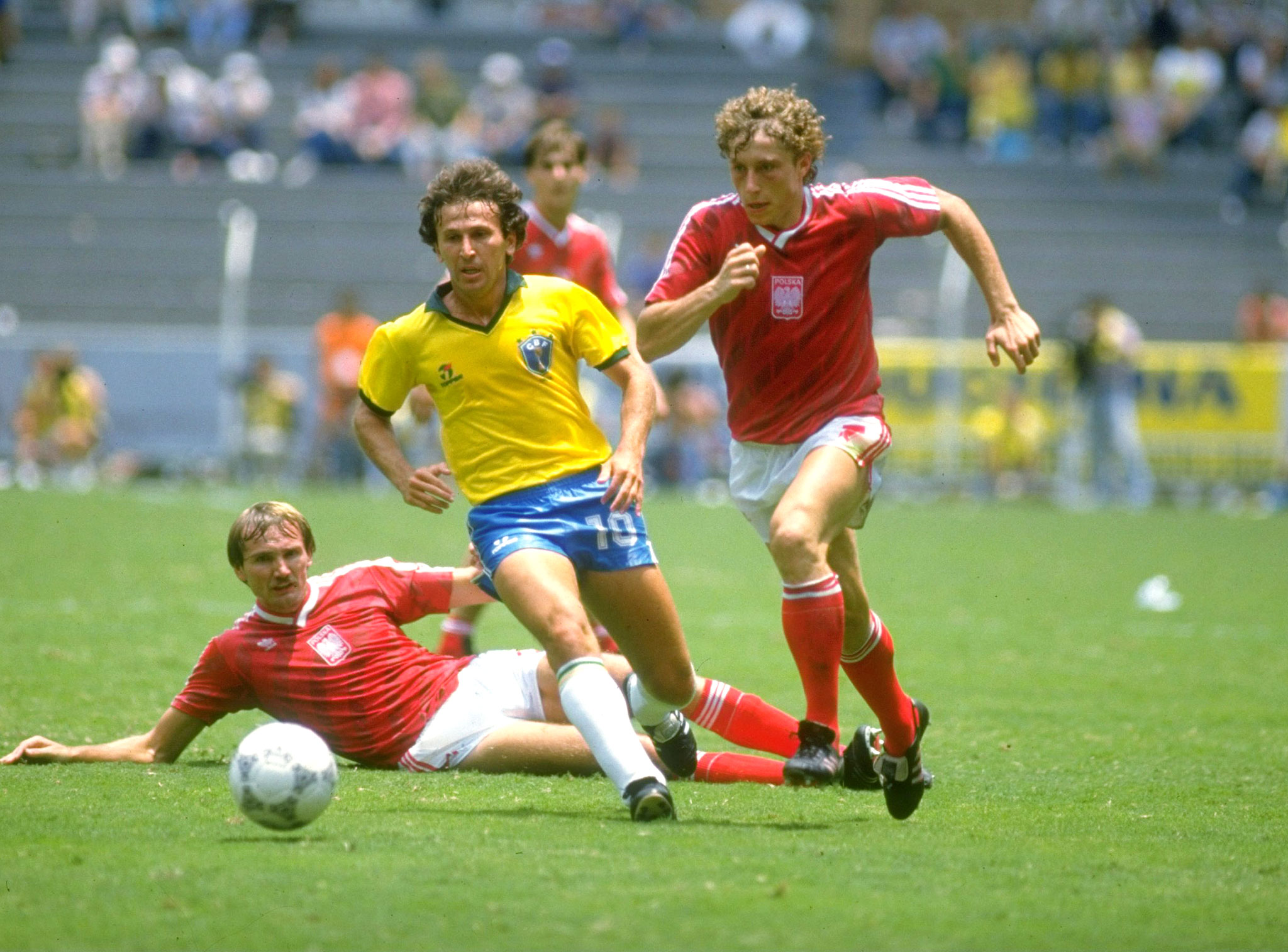 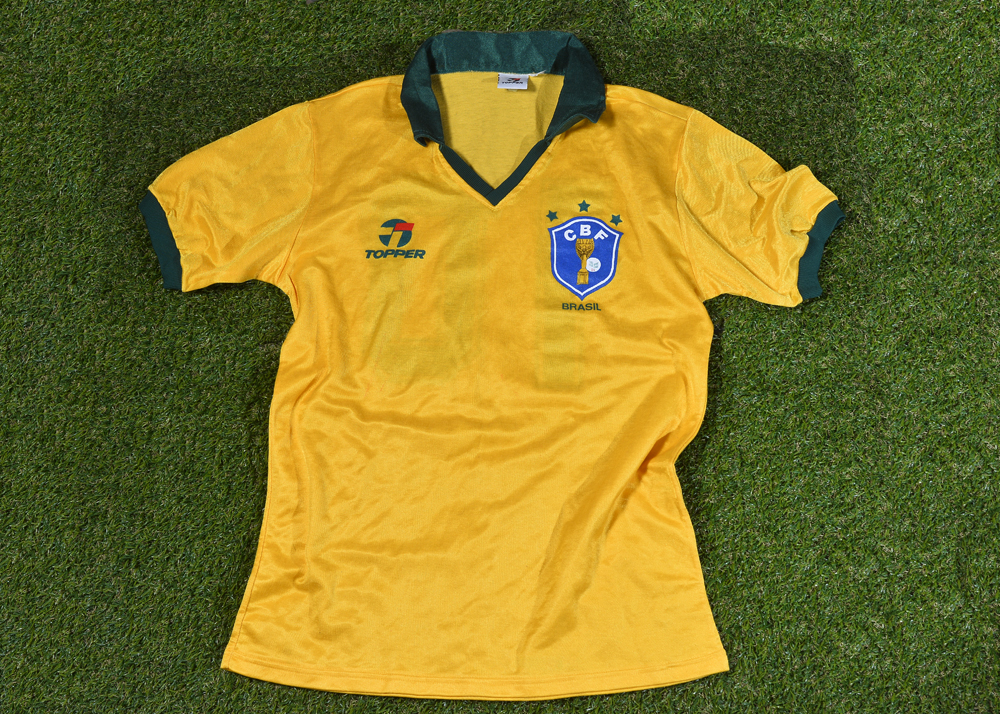 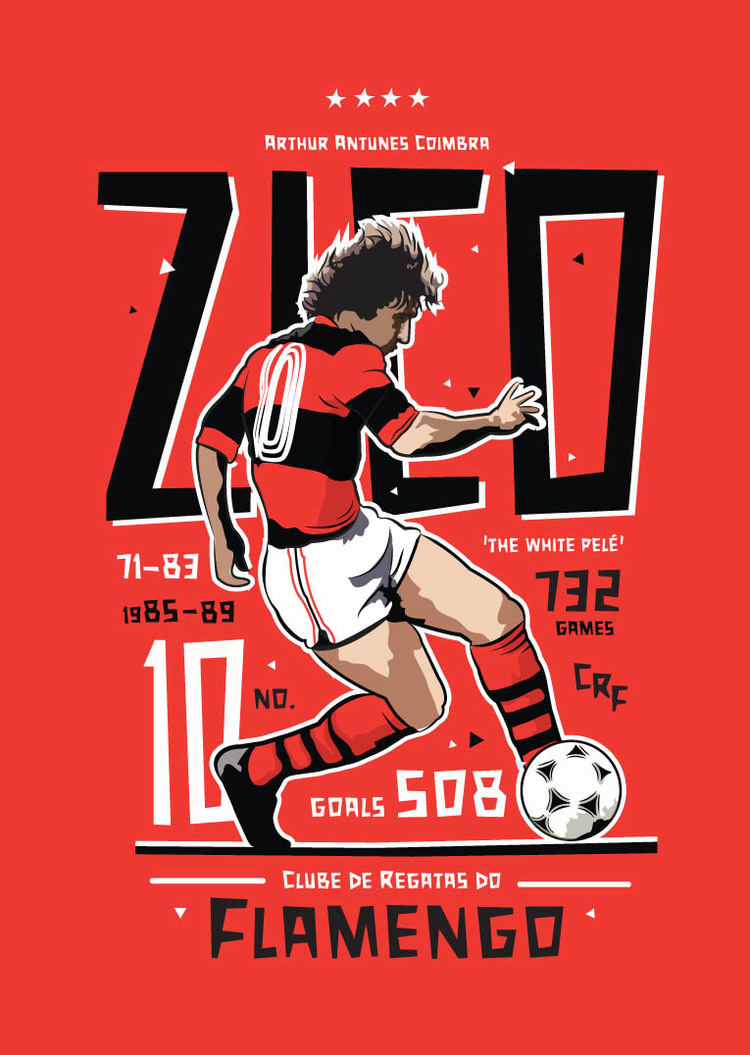 A classic number 10, Zico usually played as an attacking midfielder, although he was also capable of playing in several other attacking and midfield positions, and was also deployed as a central midfielder, as a second striker or inside forward, or even as an outright forward; he is regarded as one of the greatest footballers of all time. A diminutive playmaker, with a small, slender physique, although he was naturally right-footed, he was essentially a two-footed player, who was known for his flair, speed, exceptional technique, ball control and dribbling skills, as well as his use of tricks and feints to beat opponents with the ball. Former Dutch international Ruud Gullit rated Zico as “one of the best dribblers in the history of the game”, describing him as “very nimble”. Although he was not physically imposing, Zico was a quick, complete and highly creative player, with excellent vision, who is considered to be one of the best passers of all time and was known for his trademark no-look passes. In addition to being an elite creator of goalscoring opportunities, Zico was also a prolific goalscorer himself and an excellent finisher, due to his powerful and accurate striking ability, which made him extremely clinical in front of goal; as such he is also regarded by pundits as one of the greatest goalscorers in the history of the game. He was also a set-piece specialist, who was renowned for his ability to bend the ball and score from dead ball situations and is considered to be one of the greatest free-kick takers of all time. Zico’s unique free kick technique, which saw him place significant importance on his standing foot, often saw him lean back and raise his knee at a very high angle when hitting the ball with his instep, thus enabling him to lift it high over the wall, before it dropped back down again; his method of striking the ball allowed him to score free kicks even from close range, within 20 to 16 metres from the goal, or even from just outside the penalty area. Moreover, due to his technique, mentality, unpredictability and accuracy in dead ball situations, he was capable of placing the ball in either top or bottom corner on either side of the goal, which made it difficult for goalkeepers to read his free kicks. His ability from set-pieces inspired several other specialists, such as Roberto Baggio and Andrea Pirlo. In addition to his footballing skills, Zico was also known for his leadership, mental strength and determination, as well as his stamina, dedication and for having an outstanding work-ethic; indeed, he was often known for staying behind in training to practice and refine his free kicks. Throughout his career, Zico was nicknamed O Galinho (“The Little Rooster”, in Portuguese). Despite his ability, his career was plagued by injuries.

Grosso Grosso2021-12-19T21:47:36+00:00
Page load link
This site uses cookie technology, including third parties' ones. If you want to know more click here. If you access any element of this site outside this banner, you consent to the use of cookies. Ok
Go to Top