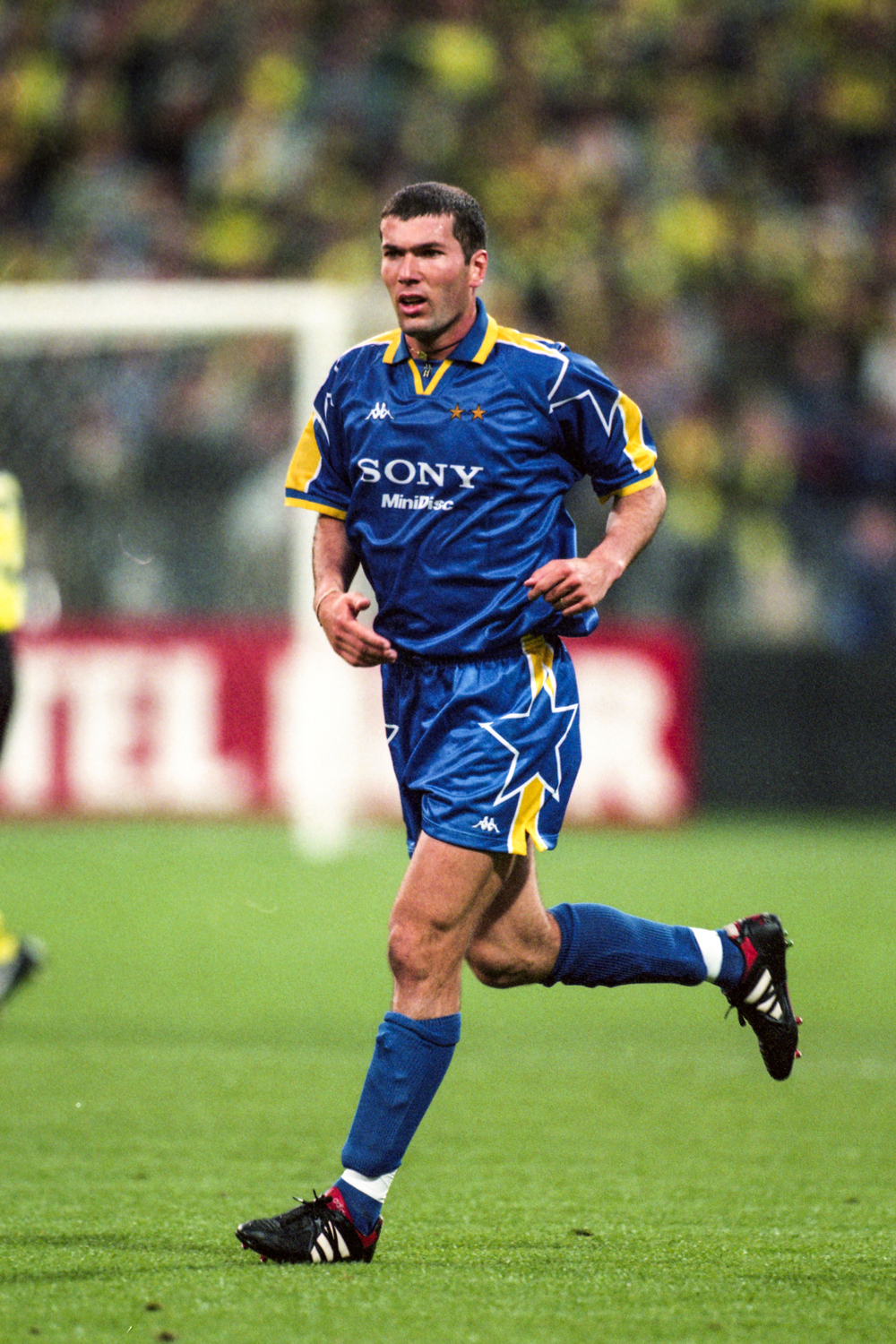 These boots were worn by Zinedine Zidane during the season 1996/1997 with F.C.Juventus. With the same style of boots he played the 1996 Intercontinental Cup, which took place in Tokyo, “National Stadium”, on November 26th 1996. After a series of stand out performances for both Bordeaux and France, Zidane had offers to join Europe’s top clubs in the spring of 1996, deciding on a move to UEFA Champions League winners Juventus during the close season. Zidane’s impact in Italy was immediate, winning the 1996–97 Serie A title and the 1996 Intercontinental Cup.[30] He was named Serie A Foreign Footballer of the Year in his first season. Zidane’s growing status in the sport saw him chosen in a European XI to face a World XI – featuring a forward line of Ronaldo and Gabriel Batistuta – in December 1997. As the playmaker at Juve, Zidane played just behind forward Alessandro Del Piero, with Del Piero recalling, “Zidane had an extraordinary talent, which contributed to his sole interest in helping the team. He was not a selfish player. He had a unique ability to be a great and to be a team player. I was lucky to play with him.” He lost in the 1997 UEFA Champions League Final 3–1 to Borussia Dortmund when he was unable to make an impression against the close marking of Paul Lambert. The following season, Zidane scored seven goals in 32 matches in the league to help Juventus win the 1997–98 Serie A and thus retain the Scudetto. In Europe, Juventus made their third consecutive UEFA Champions League Final appearance, but lost the game 1–0 to Real Madrid. In 1998, Zidane was named FIFA World Player of the Year, and won the Ballon d’Or. Juventus finished second in the 2000–01 Serie A, but were eliminated in the group stage of the Champions League, after Zidane was banned for head-butting Hamburger SV player Jochen Kientz. In 2001, Zidane was named Serie A Foreign Footballer of the Year for the second time. 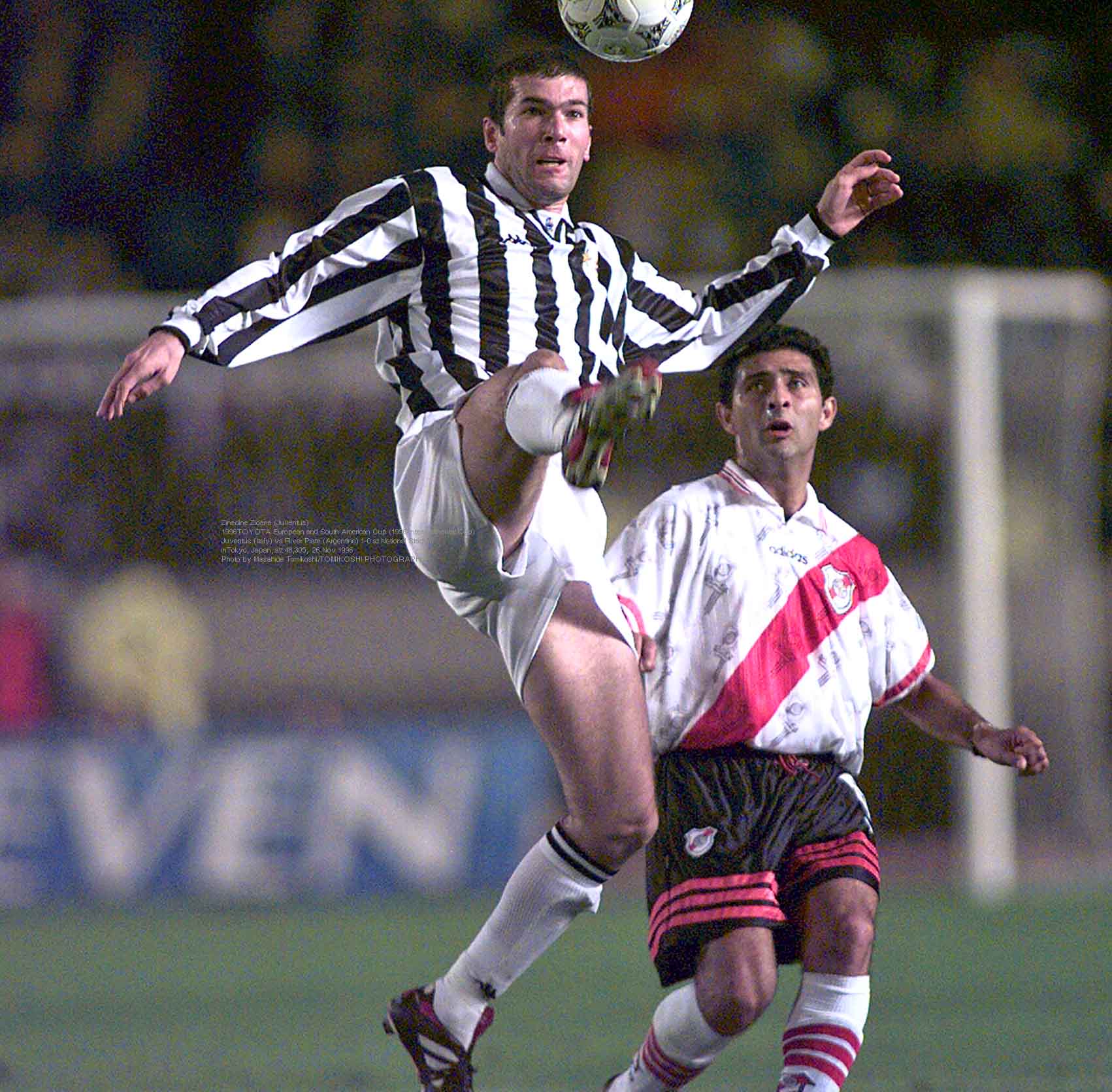 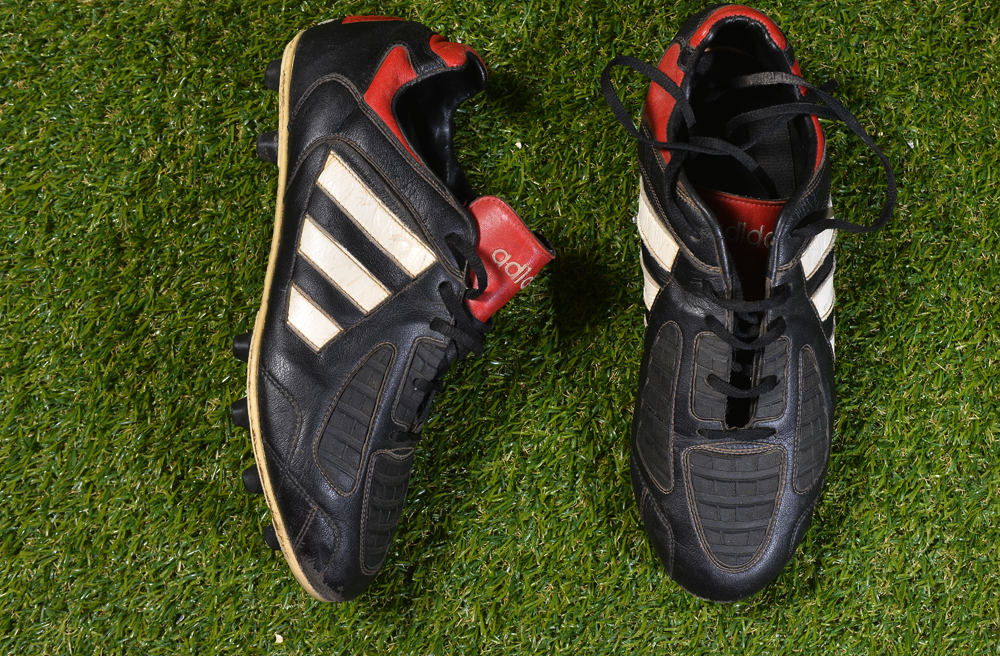 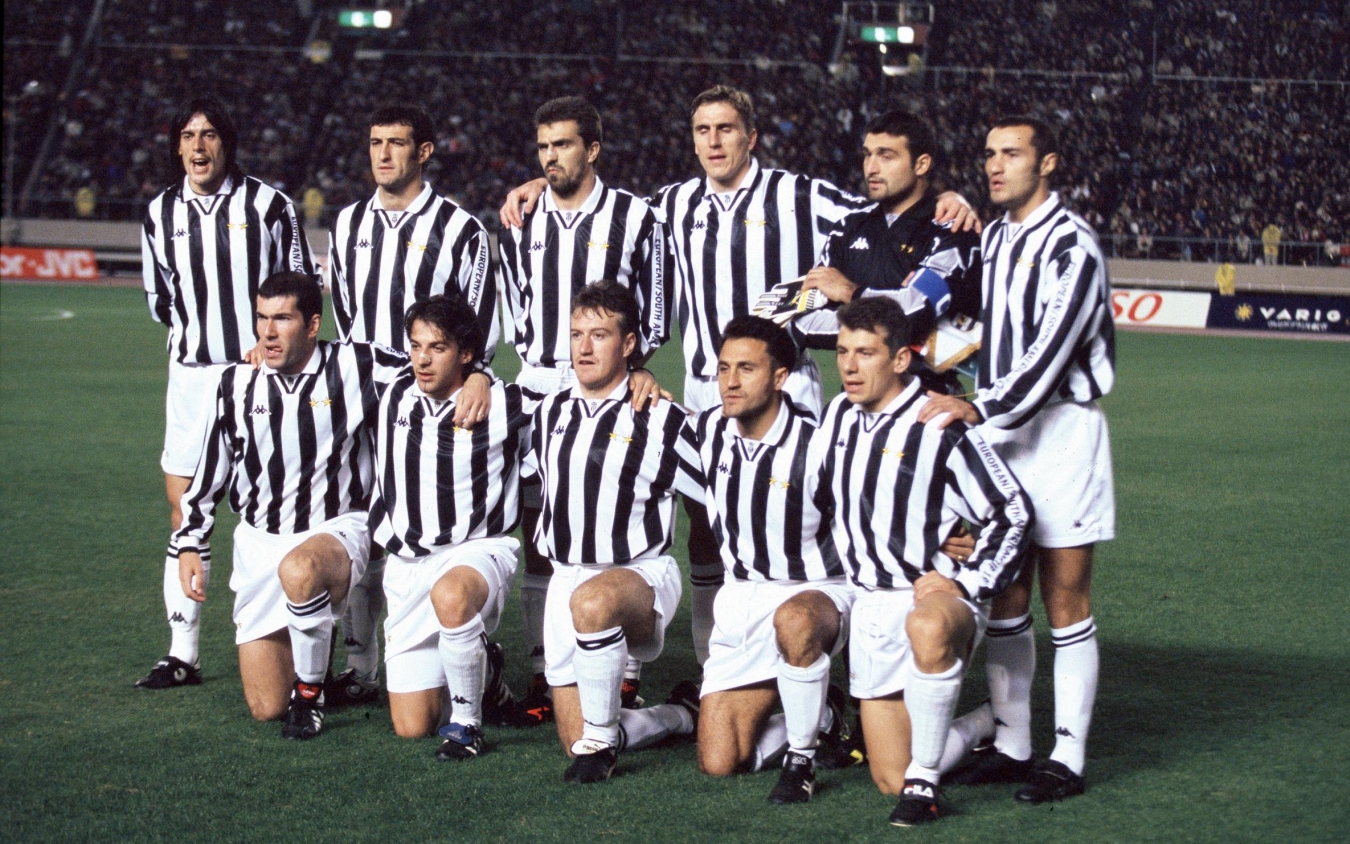 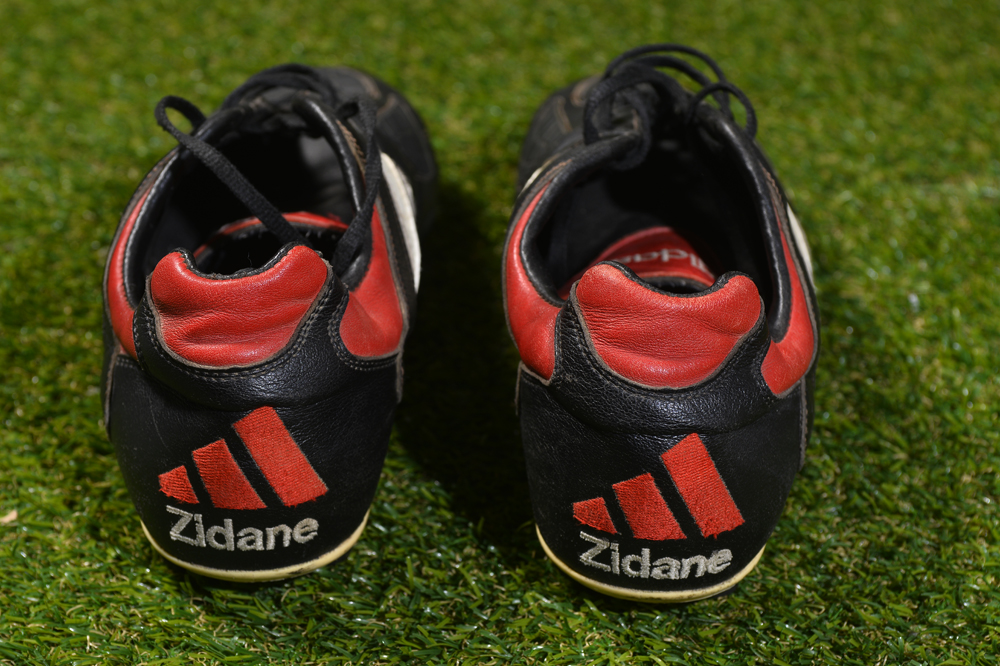 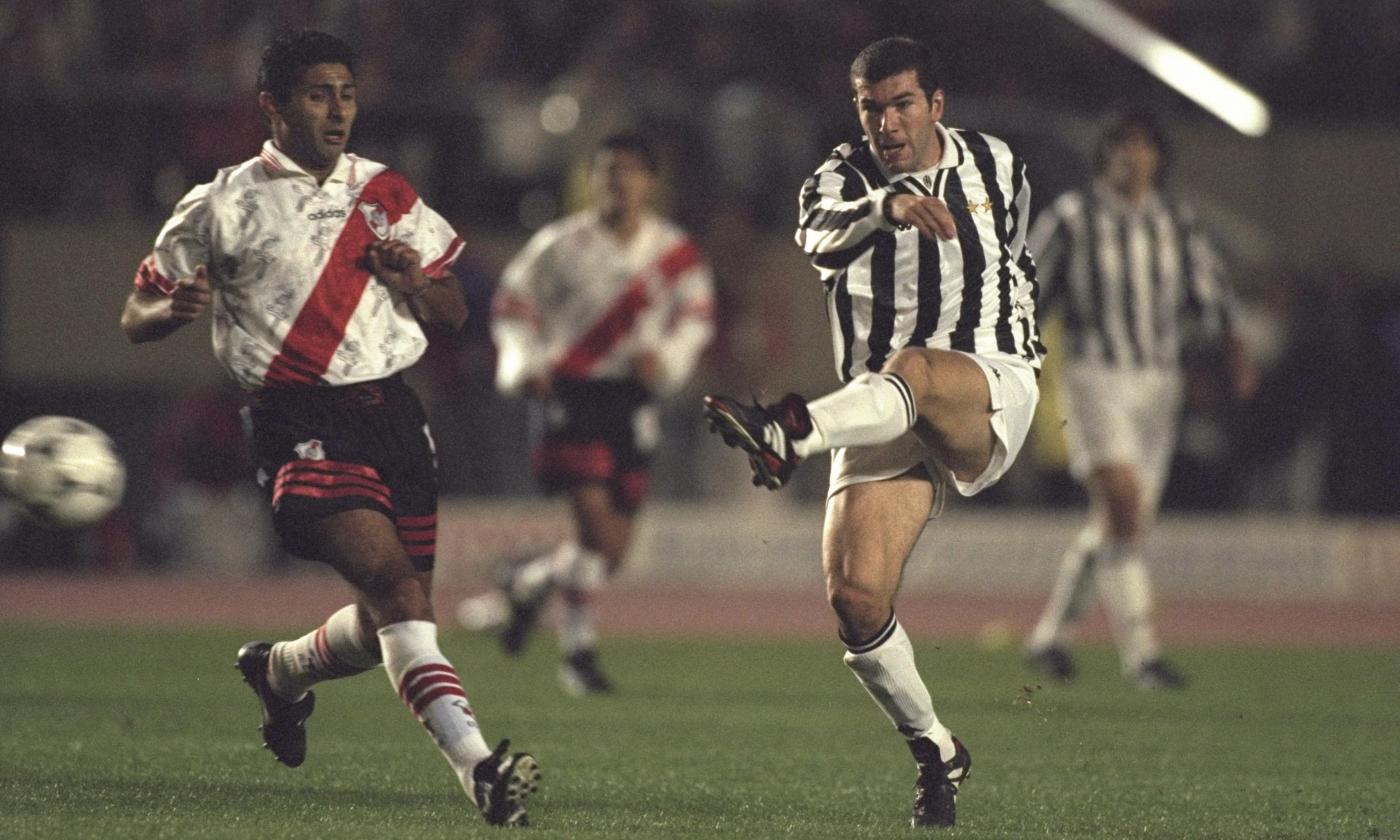 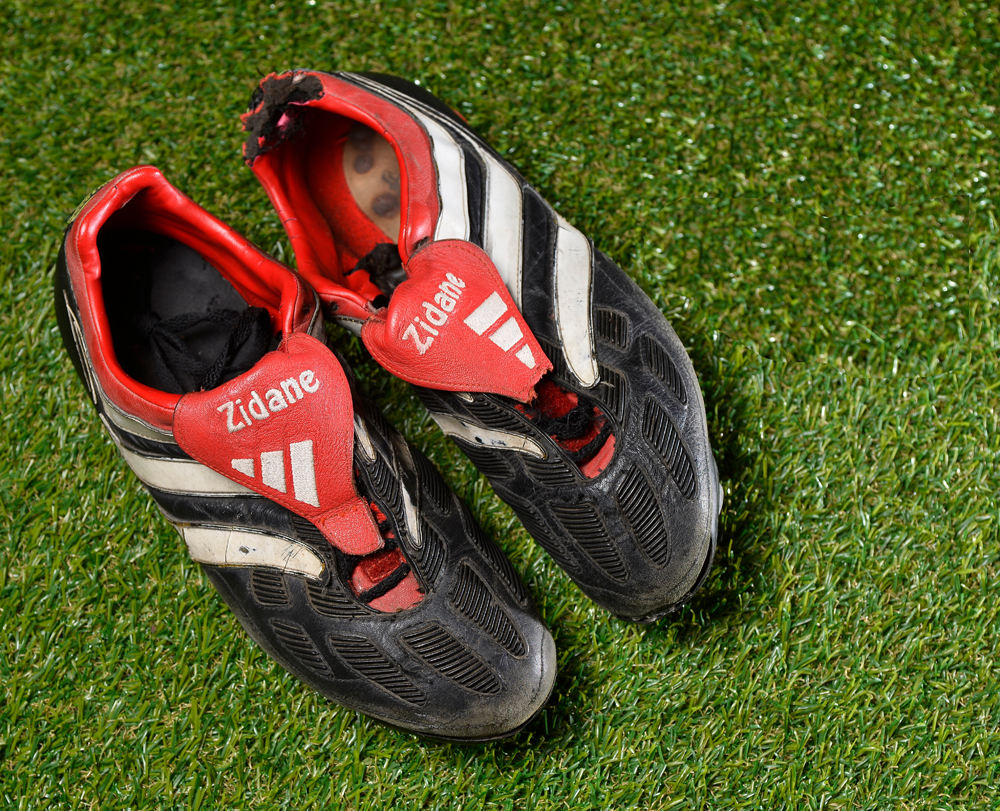 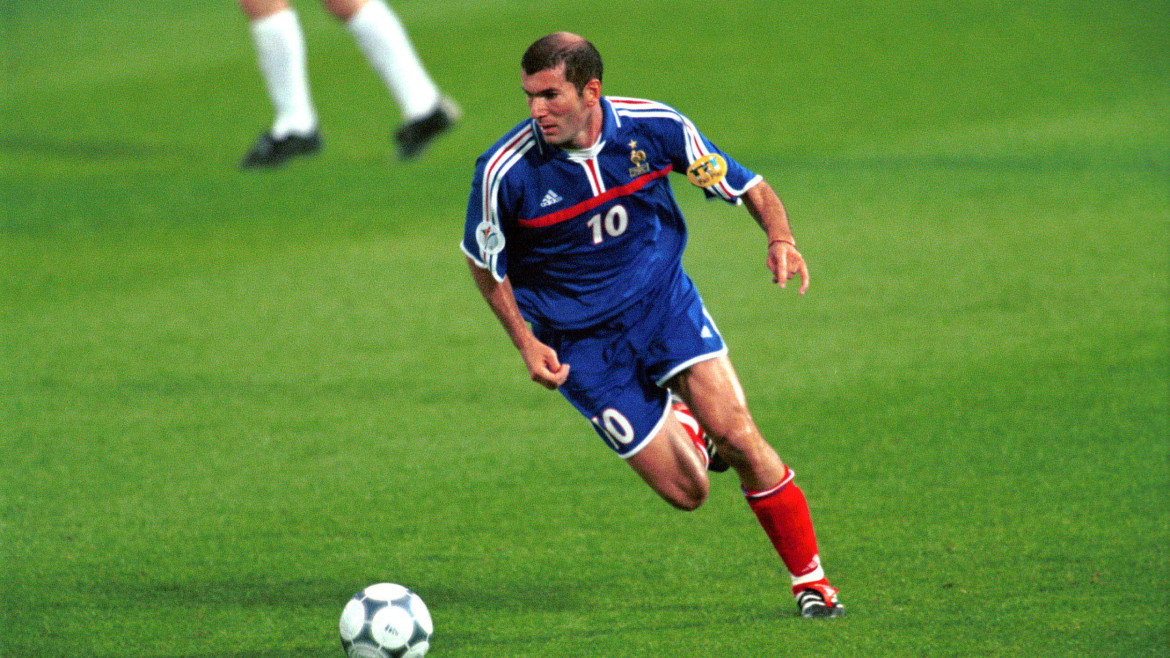 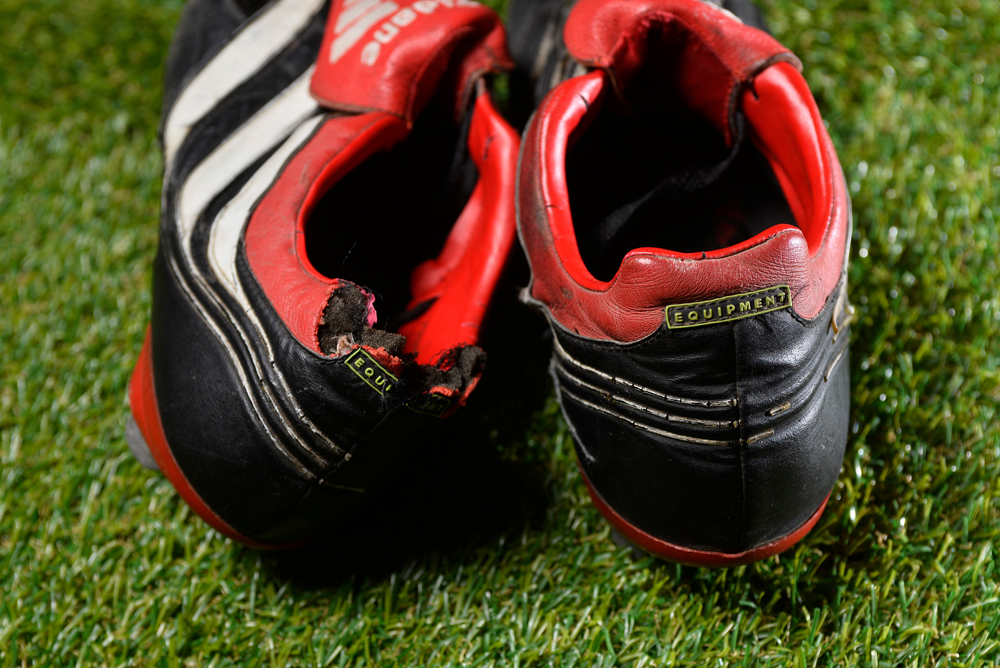 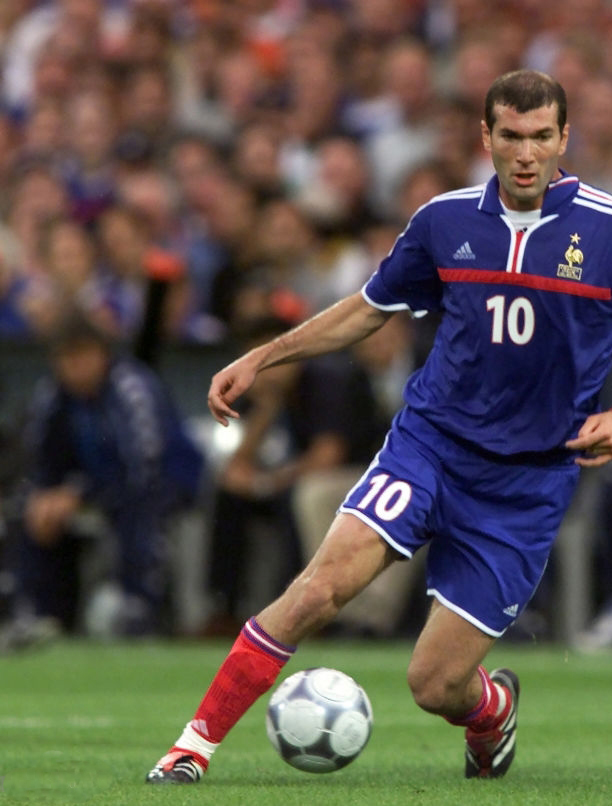 Two years later the FIFA World Cup “FRANCE 98” triumph, Zinedine Zidane won Euro 2000. France became the first team to hold both the World Cup and the European Championship since West Germany in 1974. Zidane finished with two goals, a memorable bending free kick against Spain in the quarter-final and the golden goal in the semi-final against Portugal by way of a penalty, and was named Player of the Tournament by UEFA. 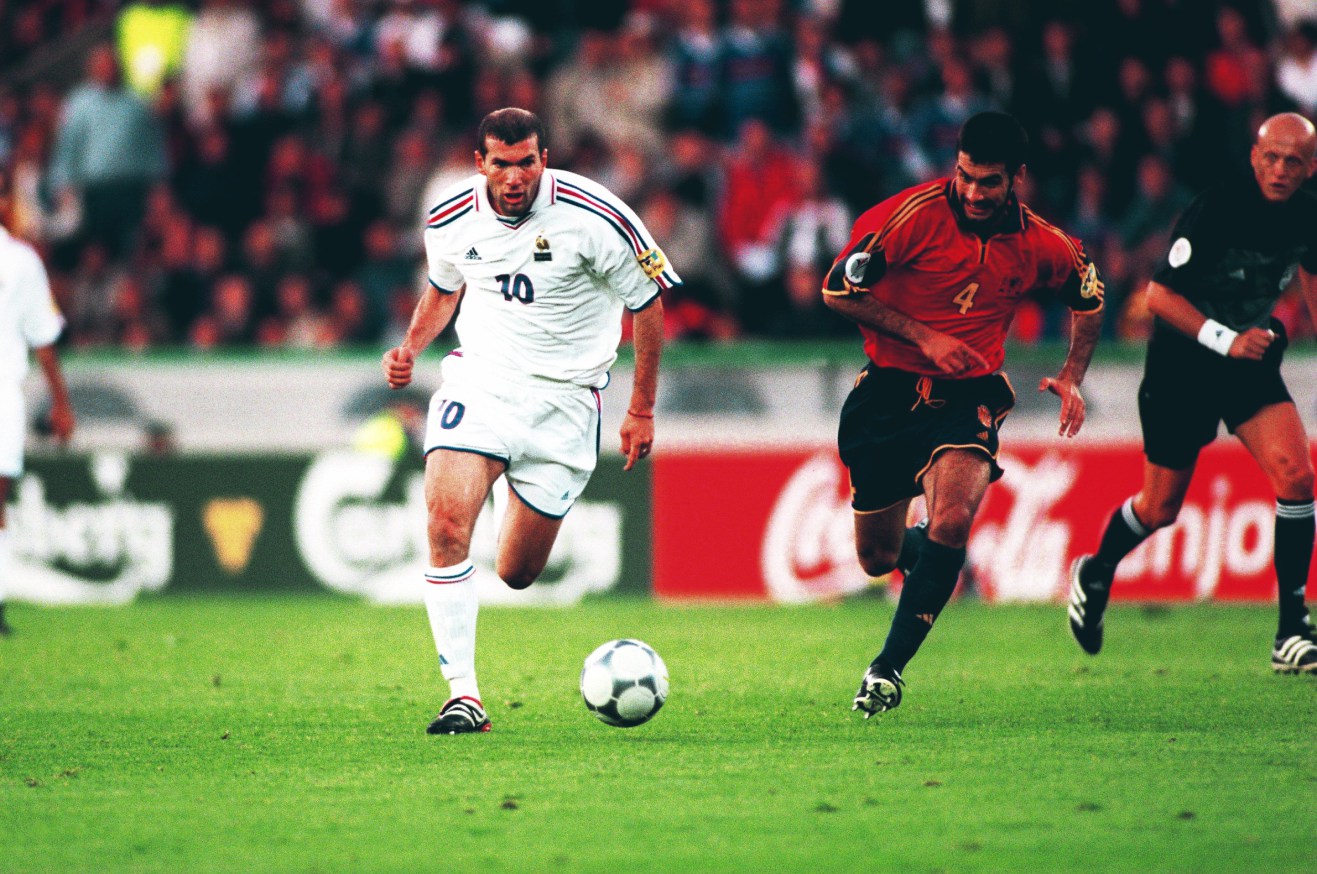 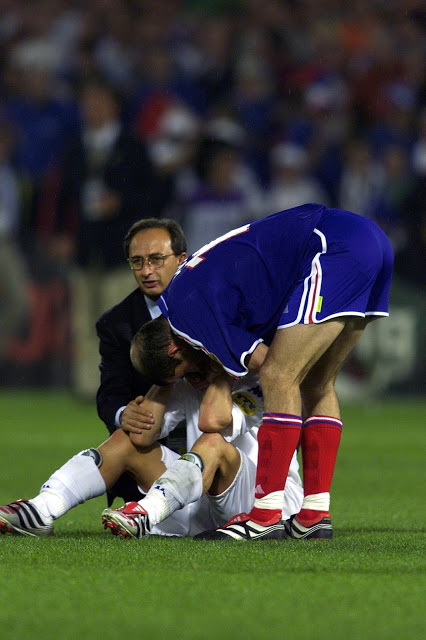 “Technically, I think he is the king of what’s fundamental in the game — control and passing. I don’t think anyone can match him when it comes to controlling or receiving the ball” Michel Platini 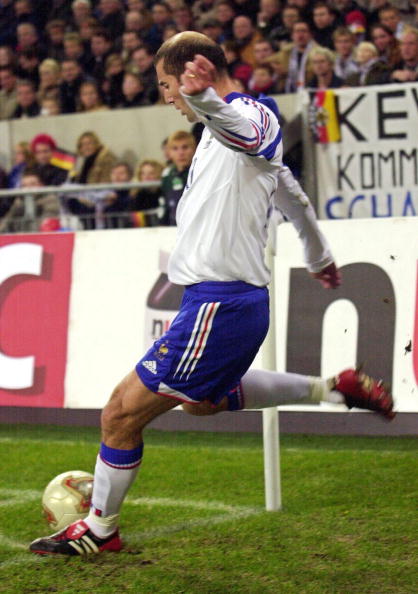 Zinedine Zidane while he was playing with these kind of boots was usual to have some tape on heels. It shouldn’t be a blister’s issue since he used the tape for years. And we don’t think Adidas was making uncomfortable boots for the player. Maybe a ritual to ward off bad luck? 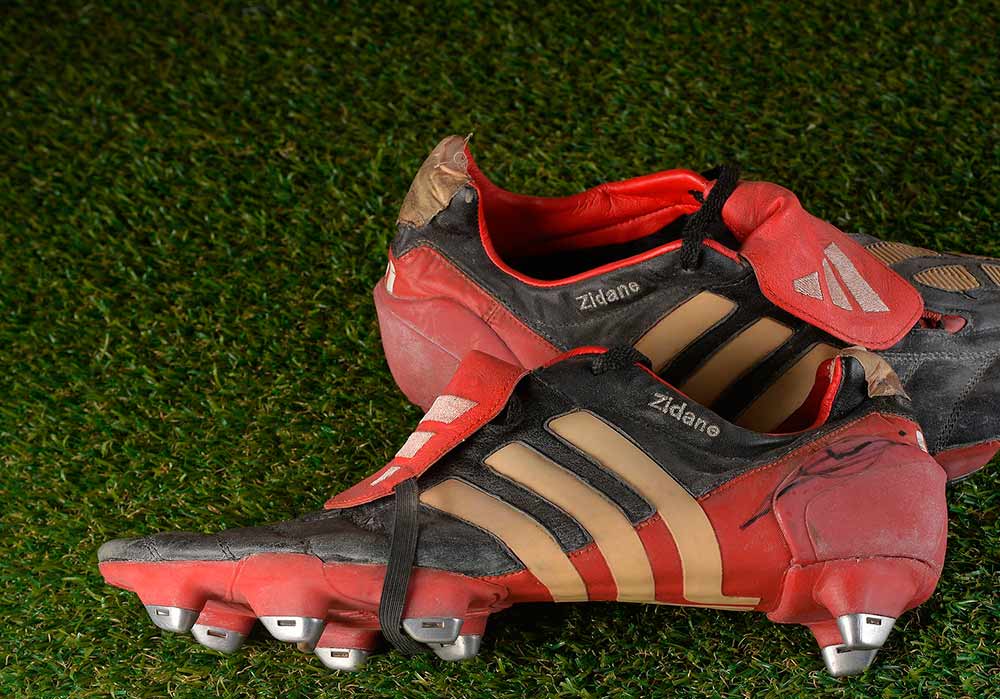 Zidane has been named FIFA World Player of the Year three times, a feat achieved only by Ronaldo, Lionel Messi and Cristiano Ronaldo.[116] In 2002, ESPN described Zidane as “the greatest player in the world in the world’s biggest game”. In a 2002 FIFA poll, Zidane was selected in the FIFA World Cup Dream Team. In 2004, he was voted UEFA Best European Player of the Past 50 Years, and was named in the FIFA 100 list of the world’s greatest living players. When uefa.com asked players, journalists and their users to crown the best player in the UEFA Champions League of the past 20 years, in 2011, Zidane topped the poll ahead of Messi. In a 2004 poll conducted by French newspaper Journal du Dimanche, Zidane was voted as “the most popular Frenchman of all time”. In 2014, in a poll carried out by French TV channel TF1, Zidane was voted as the best player in the history of the French league ahead of other French football legends, such as Michel Platini and Raymond Kopa. In 2016, in a study led by French newspaper Le Parisien, Zidane was named “best French player of all time”.Displaying skills with an array of moves such as his signature La Roulette pirouette, step overs and close ball control, former Brazilian international Rivaldo enjoyed watching Zidane more than any other player, stating, “His elegance of movement on the pitch and his skills are uncanny.”[112] Spanish midfielder Xabi Alonso opined, “What he could do with a football is a dream for most of us.” In 2005, upon Zidane’s return to the French national team, his teammate Thierry Henry stated, “In France, everybody realized that God exists, and that he is back in the French international team. God is back, there is little left to say.” Zidane has been lauded by sportsmen outside football; having witnessed Zidane’s goal against Deportivo La Coruña in January 2002, where he dragged the ball right then left, turning the defender inside out, before scoring with a left foot finish, basketball player Magic Johnson stated, “One of the most inspiring nights of my life. Zidane is a phenomenon.” 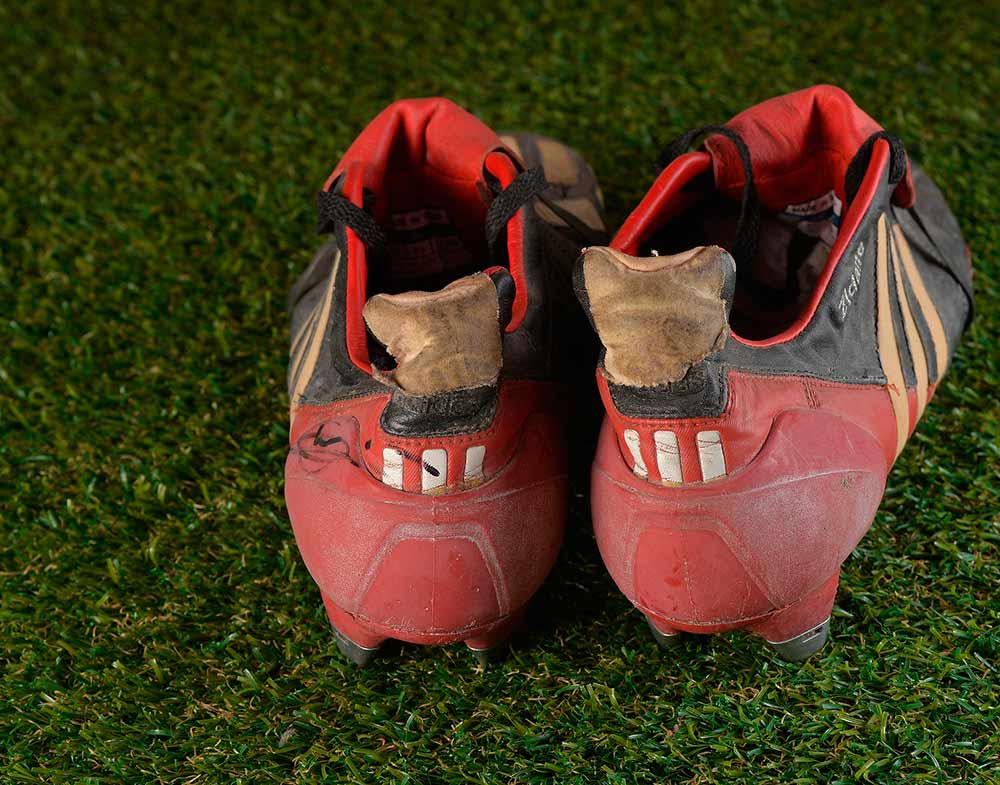 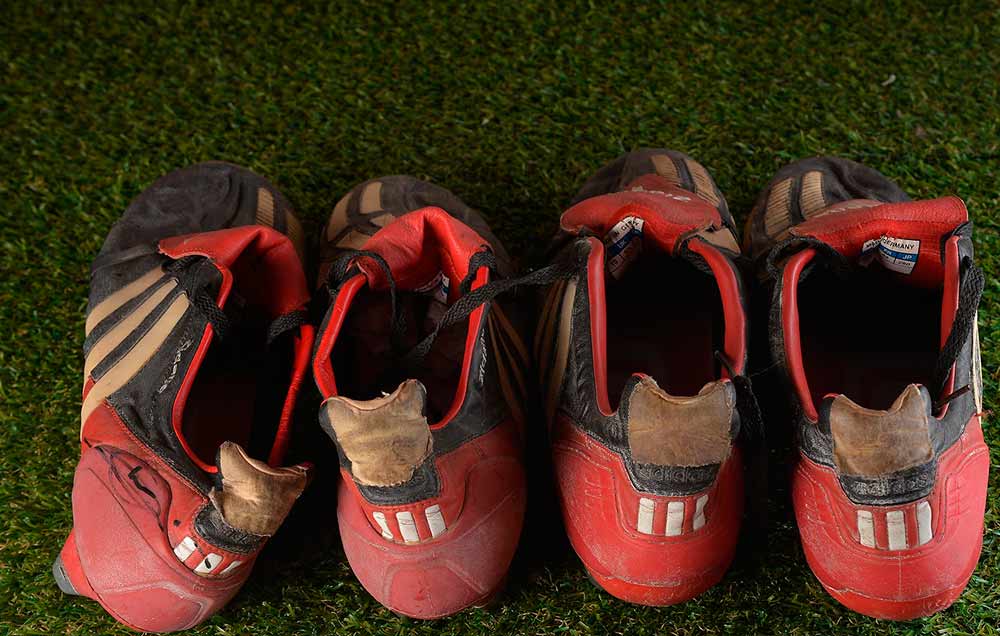 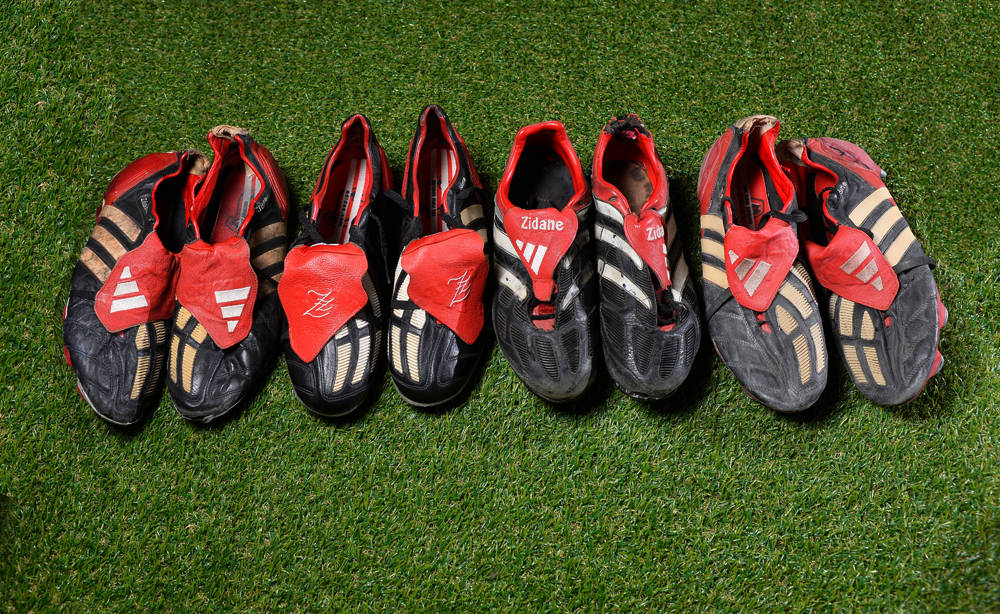 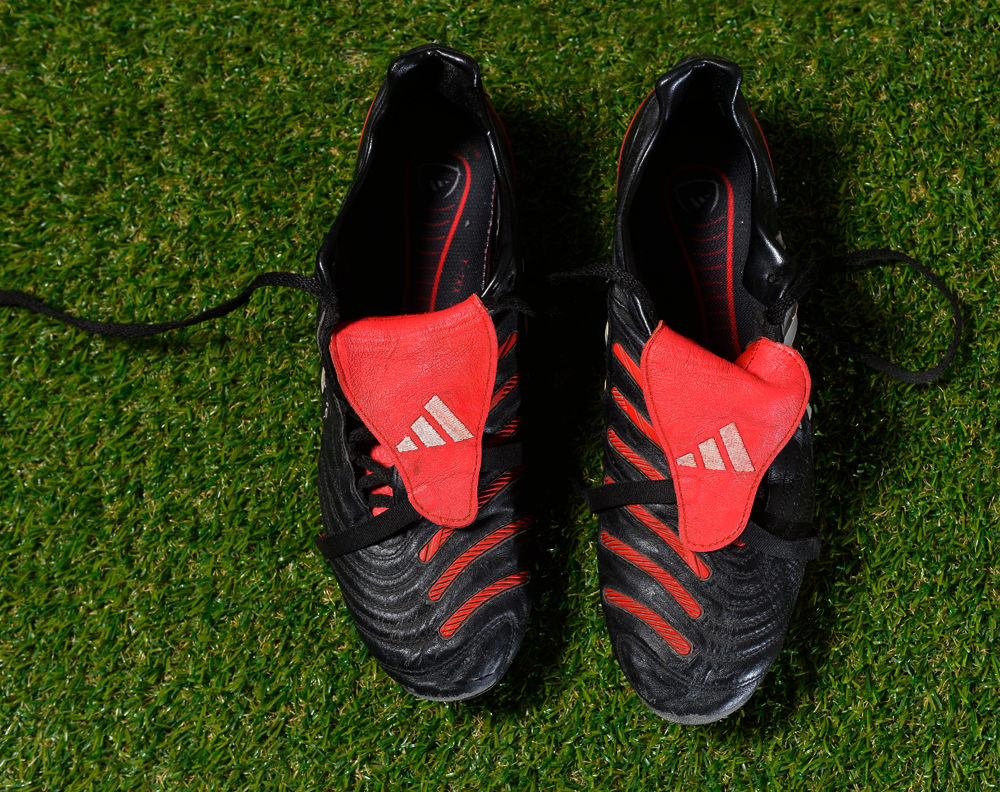 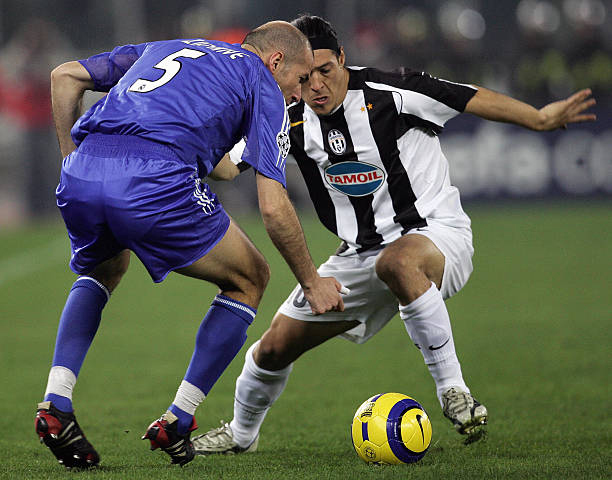 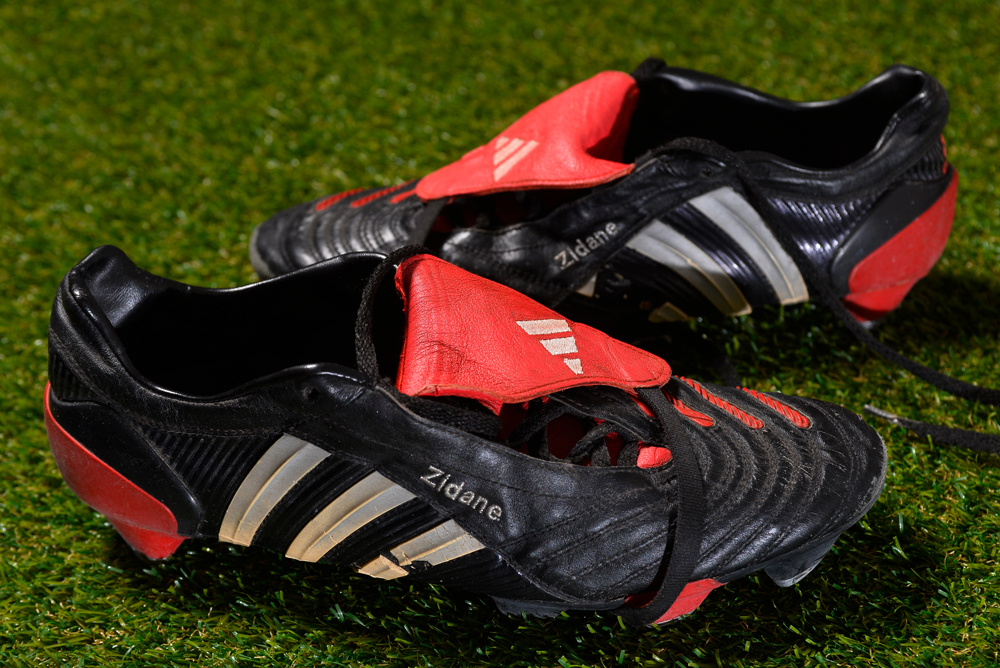 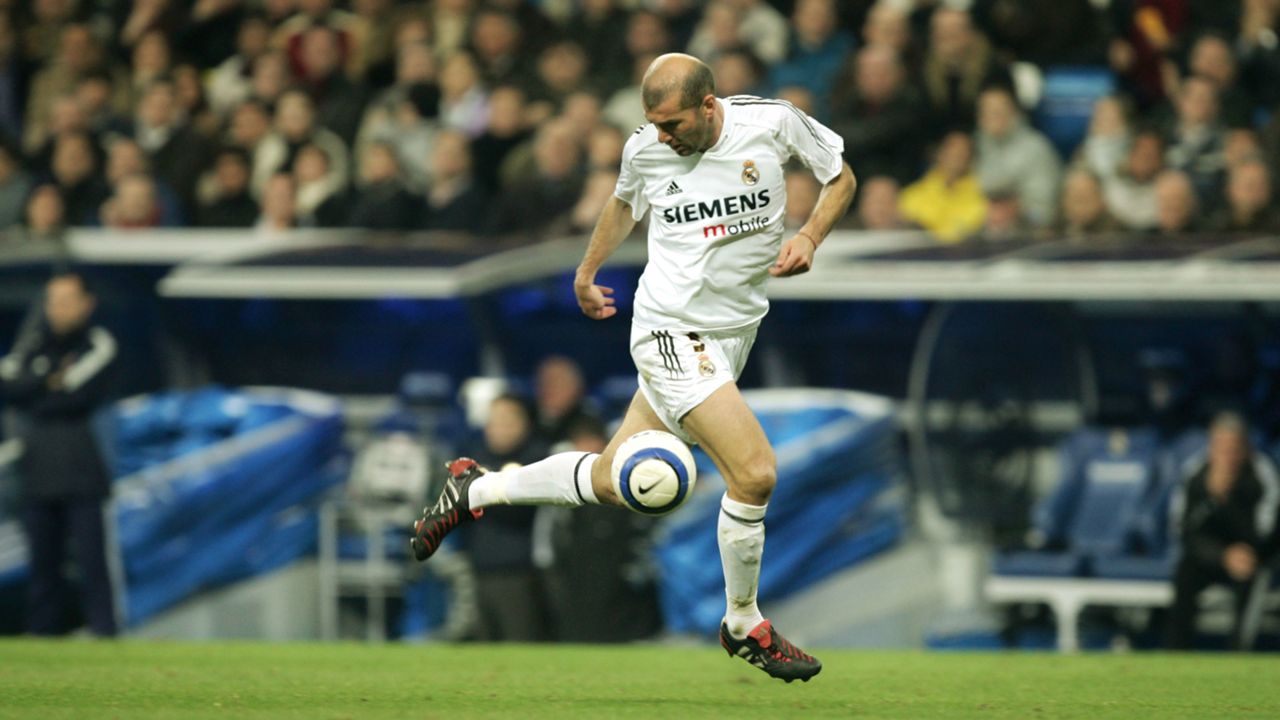 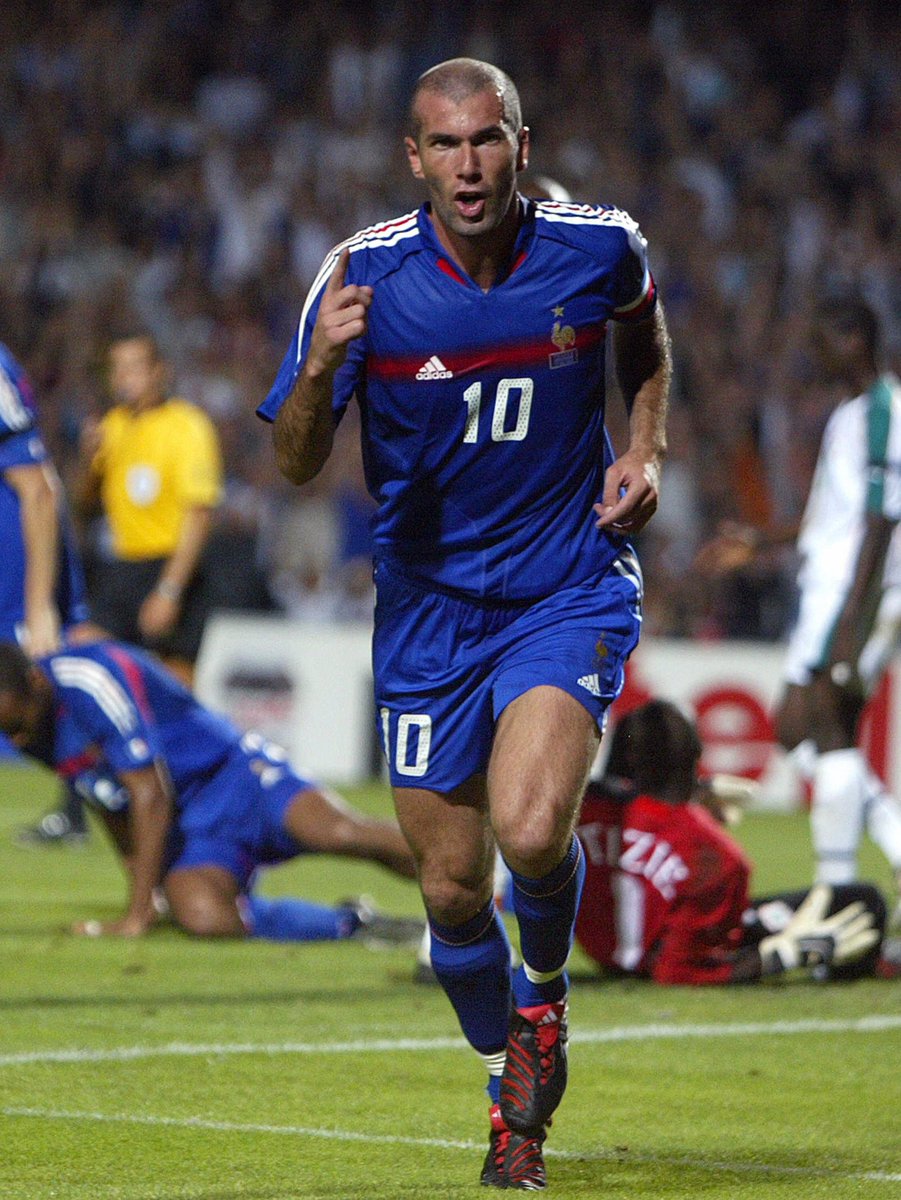 In 2001, Zidane joined Real Madrid for a world record fee of 150 billion Italian lire, (about €77.5 million by fixed exchange rate; a reported 12.8 billion pesetas[53]) in instalments,[54] and signed a four-year contract. The latest addition to the Galácticos era of global stars signed by Real Madrid every year, in his first season at the club Zidane scored a famous match-winning goal, a volley hit with his weaker foot, in Madrid’s 2–1 win over Bayer Leverkusen in the 2002 UEFA Champions League Final, completing his personal quadruple. The goal has been cited as one of the greatest in Champions League history. The magnitude of the strike saw Zidane produce one of his most emotional goal celebrations as he ran towards the touchline with mouth wide open, screaming in delight. The next season, Zidane helped Real Madrid to win the 2002–03 La Liga, starring alongside Luís Figo in midfield, and was named the FIFA World Player of the Year for the third time. In 2004, fans voted him as the best European footballer of the previous 50 years in UEFA’s fiftieth-anniversary Golden Jubilee Poll. While Zidane’s final season of club football ended without a trophy, he enjoyed success on a personal note by scoring his first hat-trick, against Sevilla, in a 4–2 win in January 2006. He ended the season for Real Madrid as their second highest goalscorer and assists provider behind teammates Ronaldo and David Beckham respectively, with nine goals and ten assists in 28 games. On 7 May 2006, Zidane, who had announced his plans to retire after the 2006 World Cup, played his farewell match and scored in a 3–3 draw with Villarreal. The squad wore commemorative shirts with ZIDANE 2001–2006 below the club logo. The 80,000 fans inside the Santiago Bernabéu held up a banner reading, “Thanks for the magic”. In 2012, Zidane featured for Madrid in an All Stars Match against Manchester United which resulted in a 3–2 win for Real. In April 2013, he was named by Marca as a member of the “Best foreign eleven in Real Madrid’s history.” Grosso Grosso2022-09-29T12:49:32+00:00
Page load link
This site uses cookie technology, including third parties' ones. If you want to know more click here. If you access any element of this site outside this banner, you consent to the use of cookies. Ok